Maria Lassnig and Arnulf Rainer are among Austria’s most successful artists. Lassnig would celebrate her 100th birthday this year, Rainer celebrates his 90th birthday. Both met in 1948 in Klagenfurt. The years they spent together had a fundamental influence on their artistic work. The show curated by Brigitte Reutner at the LENTOS Kunstmuseum Linz illustrates artistic approaches, but also the respective individual forms of expression of the two.

In her early work, both Lassnig and Rainer created surrealist drawings. From 1951 they travelled together several times to Paris. The newly emerging informal tendencies inspired them to completely new possibilities of expression.

As early as 1947 Lassnig created her first body feeling drawings, which she called introspective experiences. After Paris she worked on informal monotypes and called her works Amorphous Automatic, Static Meditations and Silent Forms.
After his return Rainer wrote the theoretical text: Painting to leave painting. He created microstructures, blind drawings, centralizations, crucifixions and vertical designs.
Both Lassnig’s surface divisions and Rainer’s proportions are based on geometric order structures. From 1954 the two definitely went their own way. While Rainer exhibited his “Übermalungen” in Otto Mauer’s Galerie St. Stephan, Lassnig showed her series “Kopfheiten”in the Galerie Würthle.

The show includes around 120 works of art and was supported by numerous museums, galleries, private lenders and the Maria Lassnig Foundation. Many of Maria Lassnig’s works can be seen for the first time in more than 50 years. 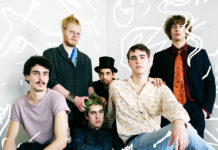