Use Potential – Social empowerment through a database of refugees’ skills

The purpose of the project initiated by social entrepreneur Julia Bachler, “Use Potential”, is to collect skills and knowledge of refugees in a database. In this way, they are to be given the opportunity of actively participate in shaping their new environment. And as a result, they are also given back a piece of their independence and dignity.

War and terror have led to the highest volume of refugee movement since the end of the Second World War. A difficult challenge has been created on a global scale. When the refugees do find a safe place of shelter, a period of uncertainty and waiting begins. For many, this insecure situation lasts longer than just a short period of time. It often takes years, even decades, before their legal status has been clarified. In most cases, asylum seekers are not permitted to work during this time, and in general, the opportunities for participating in society are very limited. With her project, “Use Potential”, Julia Bachler is offering one way of dealing with this problem. Born in Austria, she completed her Master of Medical Science in epidemiology in Sweden. Now, she works as a social entrepreneur and has intensively turned her attention to the refugee crisis. She founded “Use Potential” after a long period of research and periods of time spent in Jordan and Lebanon in order to gain an impression of the situation of the refugees on site. The project, which is funded by the T-Mobile Umwelt- und Nachhaltigkeitsfonds (TUN), the environmental and sustainability fund, won the Social Impact Award in 2015.
She found the inspiration for her creative solution approach in Doris Lessing’s novel “The Story of General Dann”. In the book, the question asked of each individual when they arrive at the refugee camp is: “What is the most important thing that you can do?”. This is precisely the basic concept of “Use Potential”: everyone can contribute something towards the community. One of the questions when registering people at a refugee camp should therefore be: “What can you offer your community?”.

The skills, knowledge, interests and experience listed during registration will be recorded in a database and later made available to local NGOs and municipal organisations who look after the refugees. They know what is needed in the local area and can then invite the refugees to participate in organising and shaping their new environment. This enables the asylum seekers, who are otherwise condemned to doing nothing, to take part in communal life. They can participate in the community and get involved. As a result, they are given back a part of their independence and dignity, and feel themselves responsible for their environment. Through this inclusive approach, resources that otherwise would go to waste are not only used, but social cohesion is underpinned.

Participation as a means to self-determination and autonomy

Refugee camps are usually characterised by an extremely high degree of heterogeneity among those living there. They is not necessarily representative of the population. The geographical, social and economic backgrounds of the individuals often differ in the extreme. This is accordingly reflected in their level of education, their knowledge, their skills and experiences. “Use Potential” sees a major opportunity precisely in this variety, and has a clear procedure for creating a skills database and turning it into a useful tool.
During registration, in the way in which it is already conducted by the UN Refugee Agency, it is planned that the question will also be asked in the future as to what the most important skill or most important knowledge of each individual refugee is. Anyone who is unsure is encouraged to name at least one activity that they enjoy doing. Their mobile phone number will also be taken.
The information collected is sent to NGOs and other institutions responsible for looking after asylum seekers and which are located near a refugee shelter. The skills of the refugees housed there are evaluated and potential groups of volunteers are planned. Those living in the refugee centre who have a suitable profile are then contacted through text messages and voicemail, and are invited contribute their knowledge, skill or expertise to local projects and to get involved. The passive role imposed on people who are forced to sit and wait is perceived by them as being demotivating, stressful and dehumanising. If people are given the opportunity to contribute their individual skills, they are acknowledged as being a full-value individual. People who have been forced to flee and leave their homes want to get involved in their new environment, to help shape it. That leads to better, more peaceful and cooperative cohabitation. The empowering approach taken by “Use Potential” enables self-determination and autonomy, increases a sense of responsibility and ultimately also increases security. It also offers training and further education for anyone wanting to return in the future and rebuild their homeland. The social and integration sector could also make better use of its finances if use is made of those skills among the refugees which are already available. Here, empathy for people who have been forced to leave their home and their homeland is always the focus of awareness. For “Use Potential”, treating these people with the utmost respect and empathy is a fundamental human responsibility. 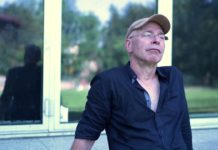