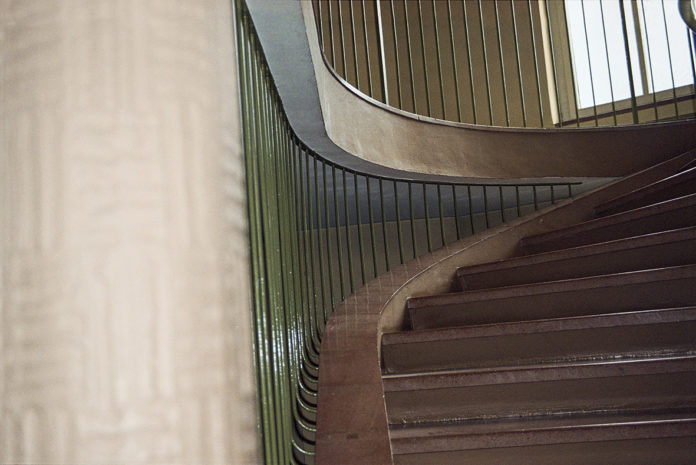 Vorarlberg artist Grid Marrisonie’s photo documentary from 2012 shows pictures of the empty Bregenzer Marienheim. In 1905 Agathe Fessler founded the Marienheim to help dismissed female servants. The pictures taken with an analogue 35 mm camera remind of the place and of the people who were connected to it.

Personal documents and a diary tell the story of a woman who is considered a pioneer of modern social work in Vorarlberg. The exhibition provides insights into Fessler’s life and work and illustrates the irrepressible civil courage of an extraordinary woman.

Agathe Fessler (1870 – 1941)
Born in Bregenz, she founded the first home for homeless girls and women in Vorarlberg at the age of 30. In times when nobody even talked about equal rights, the young woman took the initiative and translated words into deeds. Fessler not only offered the residents a roof over their heads and vocational training, but also brought culture and art closer to them in the form of self-organised plays. After World War I, Fessler emigrated to the US, but returned to Vorarlberg for futile attempts to socially reform the country. It failed because of the resistance of the state government. “And such a state government still has the cheeky forehead to call itself Christian. My dear old homeland, what has become of you?”

The Marienheim photographs tell of a woman and her life’s work, which was ahead of its time, and remind us of the importance of social warmth, equality and rising up against injustice.