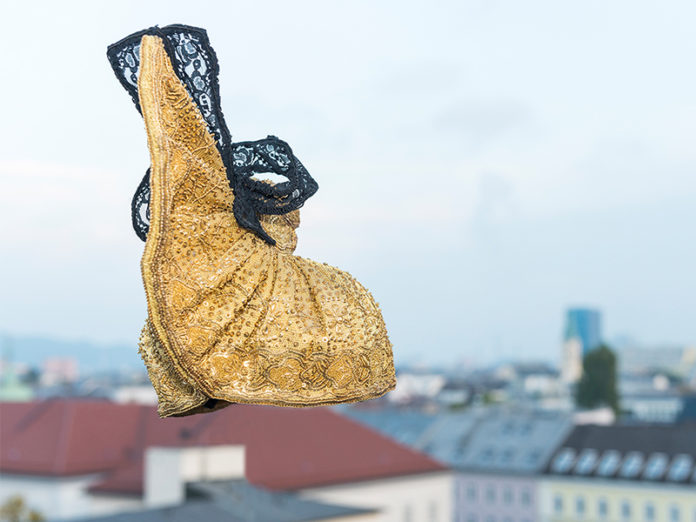 14.12.2019 – 28.03.2020; Linz.
The exhibition in the Wunderkammer deals with the forgotten matriarchy and sets out on a search for the El Dorado in the Upper Austrian reality of today.

According to legend, Upper Austria was once an El Dorado, a land of incredible wealth, ruled by women with legendary powers. Over the centuries, however, the secret women’s unions were forgotten – like the gold in the Alps. But the gold caps are still a powerful symbol of the matriarchy of the time, and traces of the former gold can be found in unexpected places.

“The Upper Austrian Gold Crested Women, whose activities enable a high degree of charitable and social promotion, are an example of self-determined action, as are communities and alliances that are culturally and probably also politically differently positioned,” say the two curators Manfred Heller and Julia Stoff.

So the exhibition also contains a form of approach and discussion. At a time when what is meant by “belonging” or even “home” is being socially negotiated with great ideological effort, it is rightly necessary to question critically.

Ab 03.02.2022. The new show collection of the Architekturzentrum Wien provides insights into the most important and comprehensive collection...