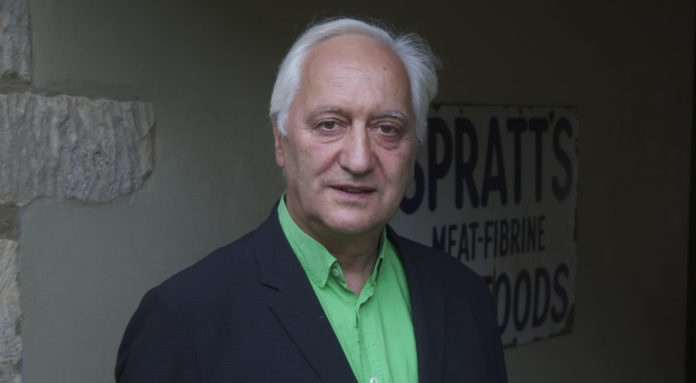 The renowned British publicist and urban researcher Charles Landry is one of the pioneers in using creativity and imagination in urban change. In this interview he talks about the evolution of the “smart city”, why collective intelligence is crucial for urban development and the impact of smart cities on its citizens and social life.

In the past few years there have been a number of urban development projects that have been launched under the term of “smart cities”. You have been involved in the conversations about smart cities from the beginning and have dealt intensively with the impact and influence of the digital era on life in cities, for example in your book “The Digitized City”. Can you tell us from your point of view how it all developed?
I think it was LA that developed the first data cluster stuff in 1974. But it was really Marleen Stikker and her colleagues in Amsterdam who in 1993 invented the idea of “De Digitale Stad” (The Digital City). And they already were aware of all the issues we are discussing now like who owns the data and who has the knowledge. When companies like IBM and Cisco came into the game, it all became different. And that gathered speed.
I remember I was being part of the two world congresses, the first one in Barcelona 2011 and then in Bologna 2013. It was then when I really understood the potential of what I might still call smart: the way that you could involve people and the process could be citizens driven.

But instead the processes are driven by large tech companies that pursue a different ideal.
The thing that’s really striking me at the moment when I think of various Silicon Valley guys, is they suggested something and said: how can this help more of the citizens be happy and fulfil their potential? But then the language they continued using was not the language that I think we should use, which is more a public interest language. They said: how can we measure the effectiveness of cities and what are their KPIs? Dan Doctoroff, the guy who set up Sidewalk Labs in Toronto, which has been stopped, said: how can we build a city from the internet up?

And what do you think is the problem with that?
We know there are optimization processes that can be reached and obviously collaborative processes, but it’s always about optimization. And I’m really asking myself: Optimization of what? It forgets that for centuries people have been thinking about making great places in various ways and I’m just concerned that some of that knowledge, often cultural knowledge, is completely being sidestepped. There are some great projects, I happen to like the WienBot, which is not a Google but a Vienna city project. Sharing City Seoul is interesting, Better Reykjavík, Block by Block in Nairobi and also the things that Nesta in the UK have funded intensively.

What do all these project you mentioned have in common?
I think the conclusion of all that projects is basically that many top-down smart city ideas failed to deliver their promises. They are very expensive and have relatively low returns. Collaborative technologies are perhaps a better way of going about things, it’s a smarter way of making decisions. And of course they enable people to be shapers, makers and co-creators of their evolving cities. Through feedback loops and instruments like that.

“I personally think you can do amazing things with data. All I’m really saying is the control of the data matters. Clearly you need open data platforms and all of that to mobilize collective knowledge.“

Collaborative technologies and smart city ideas that go bottom up mean that we have to start at a local point of view. What can be done on a local level to win back the predominance of smart city projects, regarding public authorities?
It is clearly about publicly owned data. It has got to be publicly owned, and that’s not a provocative conversation because many people realize that they have often surrendered national governments and local governments and therefore to some extend their autonomy. This is where we are coming back to that point of public authorities or entities working in the public interest. Having more confidence in their role and positions. And clearly the COVID crisis has shown what public interest work can do.

So what do cities need to take into account when starting a smart city project that should be in the hands of local stakeholders?
The starting point is to ensure that they have a civic innovation lab of some sort, which is driving collaborative technologies. It always comes back to the question what do I want to achieve with my city? If you are starting afresh each city should just remind itself what its ambitions and visions are. The data issues are then subsidiary to achieving those visions. The way we’re defining and thinking through cities is really quite often from the data as the first thing and that often creates a situation where the data is driving everything. I personally think you can do amazing things with data. All I’m really saying is the control of the data matters. Clearly you need open data platforms and all of that to mobilize collective knowledge.

What can cities do to make sure to not lose control over data?
We know data sovereignty is one thing that anchors that. I would say we need a series of strategical principles about how data is created, managed and operationalized, but we need to be tactically flexible in thinking through how within these principles that stick us to the good things, how you can generate potential.

Open data and collective knowledge are two keywords that are used very commonly regarding smart cities. Promises of making life more convenient and efficient go hand in hand with the threats of being controlled by algorithms, data overload and surveillance. How can collective intelligence and open data contribute to minimize these threats while still optimizing life?
Collective intelligence is really about breaking silos and breaking boundaries between different sectors and forms of knowledge. Cities were always the repositories of knowledge. You had archives where the deeds and the maps were. You’ve had libraries and museums holding the sort of physical artefacts and cultural memories of places. But what was so good about these institutions like libraries is they really had judging mechanisms to filter our rubbish, to look at biases and to help people understand biases. I’m thinking about an Institution, I don’t know what it actually is, that needs to be designed that does so much in the positive sense.

“Anything that is about cities, and if it’s technology especially, needs a purpose. And that purpose needs to be an ethical one.“

When you talk about biases, what do you mean by that? The biases of who or what?
The question is: What is the mindscape of the algorithmic creator, the AI specialist. What are their biases? Do they understand these cultural differences? And that is why I think we need to be a bit careful. Our repertoire of urban intelligence needs to widen, historians, philosophers, economists working together. Reminding ourselves that urban knowledge is embedded in the crusades, the buildings, the flora, the stairways and activities of any city.

Despite this vivid, flourishing description of a city many people think of the city as a computer. What is the problem with that?
I think that’s nonsense. Another approach is the city as an organism, which links the hard infrastructure, the soft infrastructure, emotions and everything together. One thing that happens when we see the city as a computer is it conditions how we plan and think about urban design and public space, it conditions how we think about resident’s experience. I think it can also hinder creating sort of healthy, resilient cities. In the city as computer model, the streetscape is the interface, you are the cursor and your smartphone is the input device. This appeals to people because it frames the messiness of public life and urban life as if it were programmable and subject to a completely rational order.

When in reality the city is not programmable?
The reality of our urban ecology is that they’re clearly not algorithmic. Not all of our knowledge and stuff that happens in cities can be deemed to be information or ultimately data. You can’t process local cultural effects, you can’t derive inside the generational evolution of a neighbourhood. And all of that exceeds pure computation. I think urban intelligence involves base site based experience by being there, participant observation being involved, sensory engagement, and sensory experience. This is why I do think about cities and a new terminology that can’t be deemed to be computable. I’m not sure I want the computational logic to be the driver of how we see, build and rebuild cities forever. Anything that is about cities, and if it’s technology especially, needs a purpose. And that purpose needs to be an ethical one.

Charles Landry is a British publicist, author and urban researcher. He was one of the co-initiators of the UNESCO City of Design network and is especially known for creating the concept of the Creative City. In 1978 he founded Comedia, a highly respected globally oriented advisor that assesses deep trends, creative potential, culture and urban change.