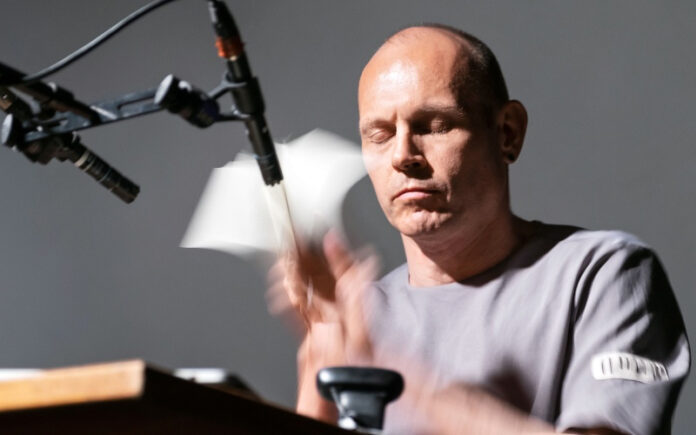 Let’s imagine that in a few years nobody cares about electric guitars anymore. The phallic symbol of masculinity in rock and pop culture would have had its day: that is the assumption for the multimedia performance lecture concert project “Why Frets?” by Marco Ciciliani.

Ciciliani invents a fictional story from the past: In 1833, the British weaver and amateur engineer Sieglinde Stern invented the first electromagnetic pickup and thus the first electrically amplified stringed instrument. A hundred years later, this led to the production of the electric guitar.

The music installation, which is produced as a co-production of the Graz Academy with ORF musikprotokoll and ChampdAction, can be heard and seen in the Dom im Berg with free admission.