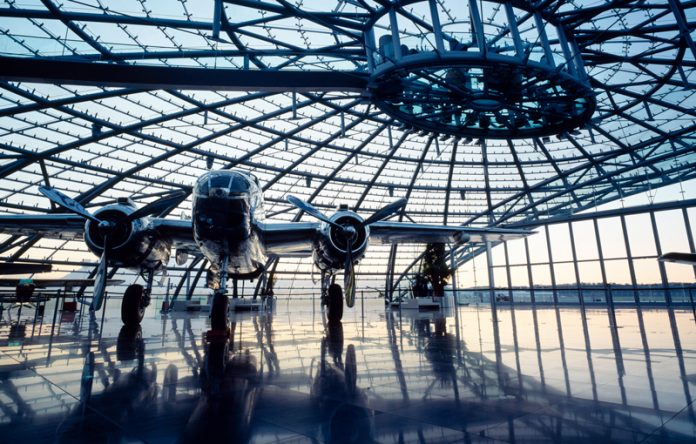 When thinking about architecture in Salzburg, the charming combination of Italian Baroque and scenic Alpine landscape usually comes to mind, in short: the enchanting ensemble of the historic city centre of Salzburg, the first location in Austria (together with Schönbrunn Castle in Vienna) to be declared a UNESCO World Heritage site in 1997. The fact that exciting modern architecture, both by international and Austrian architects, can also be found in Salzburg appears to be lesser known. One has to look out for the glass-steel constructions and bold architectural forms, the creative building concepts and solutions. The city by the river Salzach promises extraordinary discoveries in this respect.

Besides impressive cultural buildings, such as the Museum of Modern Art by architects Friedrich/Hoff/Zwink (Munich) located at Mönchsberg or the new Mozarteum by Robert Rechenauer, there are also buildings with very different uses, among them the kindergarten Gebirgsjägerplatz or the Makartsteg (bridge) over the Salzach – both planned by architects Sailer & Lang from Salzburg, the power plant Mitte by Bétrix & Consolascio and Eric Maier (Zurich), the imposing car showroom Mercedes Pappas planned by kadawittfeldarchitektur (Aachen), the unusual shopping centre Europark Salzburg by Italian star architect Massimiliano Fuksas and last but not least the Hangar-7 at the airport, a spectacular building by Salzburg architect Volkmar Burgstaller.

Up on the hill: The Museum of Modern Art

Since 2004, the MdM Mönchsberg has been located above the rooftops of the Old City on the edge of the steep Mönchsberg cliff, sixty meters above Anton Neumayr Square. The entire outer facade was lined with local Untersberg marble, separated by vertical joints. In addition to its contribution to the building’s air conditioning system, this can also be interpreted as a reference to the city of Salzburg: the chords of certain arias from Mozart’s opera Don Giovanni were written on the façade in rhythmically positioned slots using a computer program. The museum’s interior, offering a spacious 2,300 m2 setting for modern/purist art, accommodates exhibitions from the 20th and 21st centuries.

Space for Sound: The Mozarteum

“I know most conservatories in Europe – there is none more beautiful“, Reinhart von Gutzeit, Rector of University Mozarteum, praised the new building. The world-renowned Mozarteum trains 1,500 young artists from around the world, among the approximately 500 lecturers are several international stars from the fields of music, performing arts and visual arts. In 2009 the Mozarteum moved into the new building in the Mirabell Gardens along with 160 keyboard instruments, 2 organs, 240,000 books and manuscripts, 15,000 CDs, videos, DVDs, LPs, 150 PCs and 400 music stands. The chamber music hall – the “Solitaire”, the big studio and the smaller event halls have turned the new Mozarteum into a young, creative and high-quality cultural venue in Salzburg.

Shopping centers can indeed be beautiful, as Italian star-architect Massimiliano Fuksas proved with his award-winning architecture for the Europark Salzburg. Simply fascinating! The shopping center on the edge of the city of Salzburg has received awards as the world’s best shopping center in the categories architectural design and sustainable development. A total of 130 shops over an area of 36,000 square meters ensure a complete shopping experience that will leave no wish unfulfilled.

Poetry of flying made of glass and steel: Hangar-7

Originally planned to accommodate the Flying Bull’s steadily growing collection of historic aircraft, Hangar-7 has become synonymous with avantarde architecture, modern art and exquisite dining. In designing Hangar-7, the attempt was made to filter the world of aviation into the architecture and to create a unique setting whose flowing lines can be perceived in three dimensions with all of the senses

Standing inside Hangar-7, the transparent shell seems to open into an endless sky above the historic airplanes. Looking at the building from the outside, the metaphor of a wing comes to mind, exuding incredible dynamics and an absence of gravity – despite the 1,200 tons of steel and 380 tons of special glass that went into its construction.