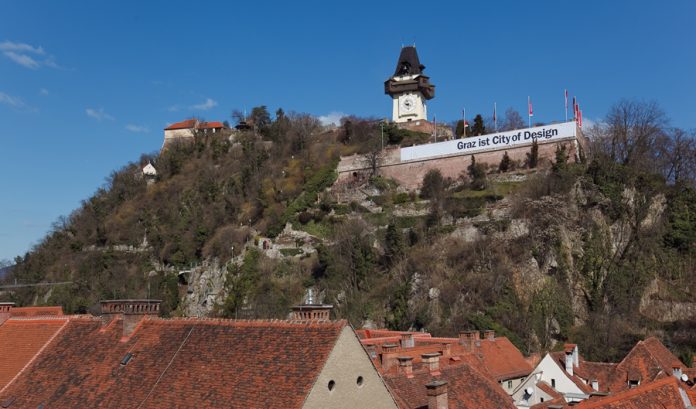 As of this spring, Graz is “UNESCO City of Design”. It is thus the tenth city in the world to be awarded this title by UNESCO alongside such metropolises as Berlin, Kobe or Montreal.

How does a comparably small city such as Graz, with around 280,000 inhabitants, come to join the ranks of these megacities? Not by chance.

It took a very special blend of conditions and individuals to allow Graz to line up with the world’s foremost design metropolises. The impetus given by architects from Graz already received much international attention in past decades. People talked about a “Graz School of Architecture”. Since Fachhochschule Joanneum began offering qualified university courses in a wide range of design disciplines, design processes in the Graz scene have increasingly begun to mix.

Trained architects see themselves as media architects, information designers see their work as information architecture, etc. Boundaries are becoming blurred, with a host of start-ups in the creative sector on this fertile ground for experimentation. Strolling around the relevant areas around the Kunsthaus or Jakominplatz in Graz during the Design Month in May, you might feel that you are roaming the streets of 1970’s and 80’s Tribeca. Only that the creative, multicultural urban flair of Graz mingles with the atmosphere of a remarkable historic centre.

Looking back, the path to obtaining the title “City of Design” was a logical one. But only few people saw that back then: the driving force behind this process was without a doubt Eberhard Schrempf. The former deputy director of “Graz 2003 European Capital of Culture”, today manager of the development association “Creative Industries Styria”, got all political decision-makers enthusiastic about the subject and hounded them on in his inimitable way, immodestly demanding, rigorously quality-obsessed, and doggedly believing in the impossible. But he, and many others, realise that being awarded the title also means that the real work has only just begun. For what is needed now is to heave the creative potential onto the international level, thus taking it one step higher.

Locally, the aim will be to adapt the “user interface” of the city as whole – both in real and virtual terms – to the postulated standards the city has set itself. The city’s year as European Capital of Culture in 2003 showed that the people of Graz can get the bug for this kind of processes of change. But it will certainly take additional efforts in order to be able to play in the top international league as “City of Design” in the long term, too. The aim now must be to transfer into brands and “stars” identified with the city the international network that has been substantially strengthened by the “newcomers”, FH graduates swarming out into the world, in recent years. For one thing is very clear in all fields of the wide-ranging international design business: the big international contracts go where the stars of the scene are currently working. In future, hopefully, more and more often to Graz.

The Next Poster / designforum Steiermark, Graz