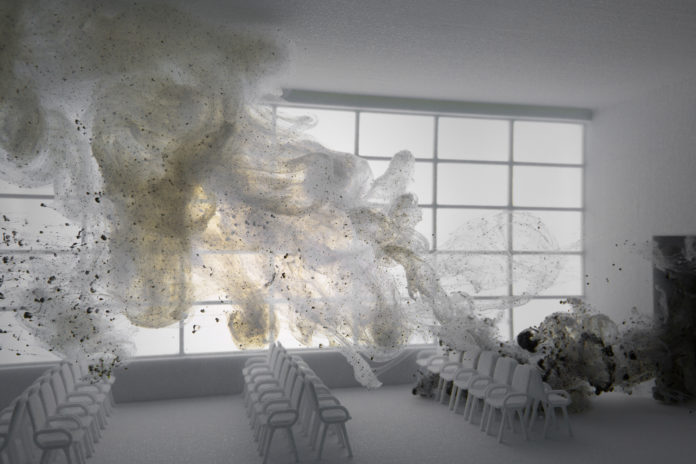 For Kunstraum Dornbirn graphic and video artist Bernd Oppl developed an architectural setting based on William K. L. Dickson’s first commercial film studio. Dickson was a Scottish inventor and developed the first devices for recording moving images. The film studio prototype “Black Maria” was a piece of architecture and an apparatus at the same time. The complex replica of Oppl consists of interlaced levels that lead the visitor from detail into totality and inspire and question his perception.

The Vienna based artist pursues the question of how social and technical changes shape rooms. His hidden rooms tell of people and their stories, and also question the perception that rooms generate.