In his new video work “Putin’s Happy” (2019) Jeremy Deller gives us an insight into the spread of right-wing populism and possibly also fascism in Great Britain. He takes on the misguided patriotism that contributed to the result of the Brexit referendum and which is widespread among right-wing continental Europeans, including Austria.

As an outspoken opponent of Britain’s withdrawal from the EU, Deller was also directly politically active, for example with a “Fuck Brexit” T-shirt campaign that attracted a lot of attention. The artist explores the flimflammery of British national myths and political history that have brought about the current situation in his country.

In this film, he concentrates on grotesque details and the eccentric decoration of the fantasy world of British populists whose tragicomic effect on reality becomes visible in the daily marches of his demonstrators. Anti-Brexit banners specially designed by Deller introduce the installation and thus continue his unmistakable and long-standing artistic involvement in political struggles on a further level.

In addition to Deller’s video installation “Putin´s happy”, the exhibition shows Jasmina Cibic’s video installation “Das Geschenk – 1. Akt (2019)”. This work is the first chapter of her latest poetic study of the countless politically motivated donations that can be found in the history of art and architecture in Europe.

Ian Hamilton Finlay presents a selection of loans such as prints, objects and aphorisms (1973-2003). 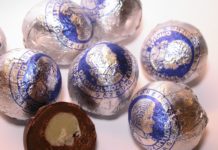 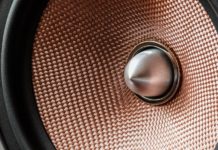 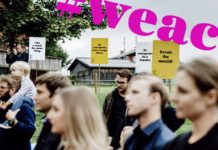