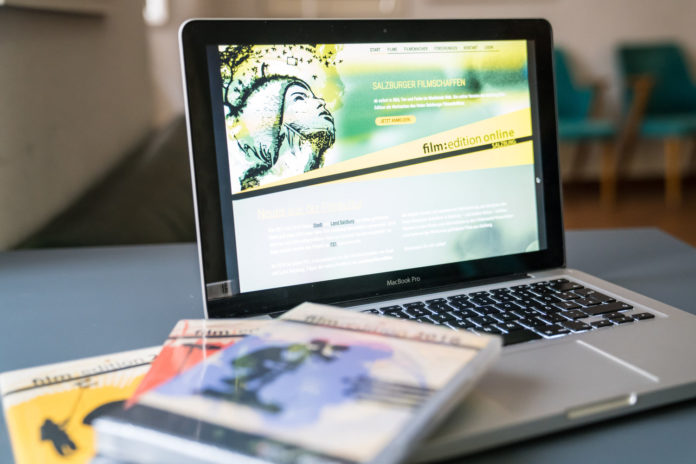 The online portal of the Salzburg film scene with numerous films on demand.

On the platform salzburg:film:edition the showcase of the independent Salzburg film scene with numerous films is available as video on demand.

The portal also offers a comprehensive collection of portraits of young Salzburg filmmakers.

The project was launched at a time when DVD was still the most common means of distributing films. The cultural departments of the City and State of Salzburg have collected the films they support and distributed them nationwide in this edition.

salzburg:film:edition aims to promote the perception and acceptance of independent film-making in Salzburg and beyond. Local audiences as well as supra-regional representatives from the film industry should get to know the local productions.

The digital availability and networking: online streams, information on film and filmmakers as well as links to other social media platforms, makes the platform a worldwide available form of presentation and a growing archive for funded film work “made in Salzburg”.

The platform salzburg:film:edition supports Salzburg’s filmmakers by giving them the opportunity to register themselves and their films to make the films or trailers available to the extent they want. All data and films are stored on servers in Salzburg and protected according to European standards. This makes it a 100% Salzburg platform for films on the web – and thus independent of commercial structures of international video platforms.