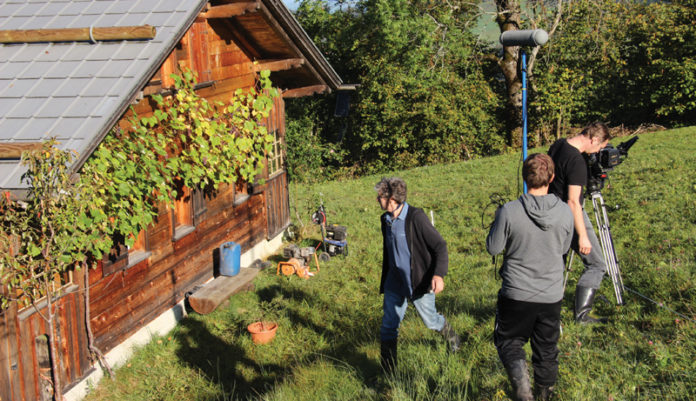 It doesn’t take James Bond and explosions to draw attention towards the film-loving province of Vorarlberg.

An example of this fact is Tone Bechter’s film Frauenleid. In his work, the documentary film maker, script writer and cameraman has been exploring the contemporary history and everyday culture of Vorarlberg and the Bregenzerwald for many years.

Bechter finds the themes for his films directly at his front door. For instance, Fremdes Brot is about children from Vorarlberg’s mountain farms. Up to the beginning of the 20th century, they were brought to Ravenburg’s Hütenkindermarkt and left to the mercy of strangers. They subsequently served these strange men as child workers for half-year periods.

In “Die letzten Tage” Bechter portrays the “resistant” people from Langenegg, whose rebellion against the Nazi dictatorship may paradigmatically stand for the decisive and stubborn nature of the people of Vorarlberg.

His film Frauenleid addresses the radical changes that affected many women’s everyday lives on Vorarlberg’s farms during the First World War. After their husbands had joined the army, from one day to the next they had to take on traditional male roles on their farms It needs to be mentioned that Tone Bechter is only one of many film makers from Vorarlberg who produce films on an international level and receive little attention in their own country.

At an attempt to counteract this phenomenon, the cooperation “Filmwerk Vorarlberg“ was created some time ago by local film makers, producers, camerapeople, editors and others. Their goal is to make regional films more visible. After all, more than 250 film projects are produced by ist members every year. As international networking is increasing, there have been co-productions with contributions from Vorarlberg with more than 25 countries – from Australia to Ireland and from the US to Jordan.