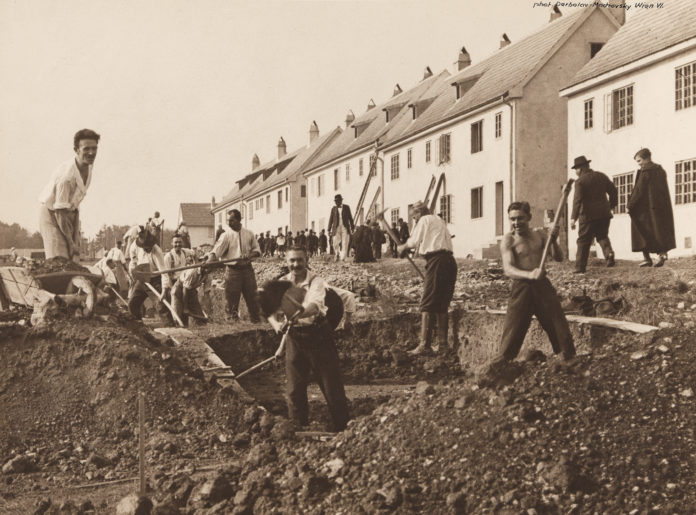 The exhibition explores the societal and political implications of the first free election of the Vienna City Council, in which the Social Democratic Labor Party, with its absolute majority, created new fields of action for a city in flux. In the meantime, the Viennese municipal buildings have lost their reputation, but at that time these building projects made possible far-reaching and elaborate improvements in the housing situation for workers. Of course, this change was also accompanied by criticism, such as the controversial size of Karl-Marx-Hof.

But the growth potentials created during that time gave the city the opportunity to transform, as well as laying the foundations for change that still benefits Viennese residents today. For many Viennese families, living in a community apartment is still a blessing while living space in a cosmopolitan city is no longer affordable. The exhibition deals with the specific historical conditions of the time and the long-term effects on urban structure and form, as well as the political pragmatism of the time.

100 years later. What remained of the idea of ​​Austromarxism, of red reforms and monumental construction projects? Is the city with the highest quality of life still the city with the greatest heart for its inhabitants?

The MARK Salzburg proves: The “real” Salzburg cultural life takes place away from the old town and the festival district.