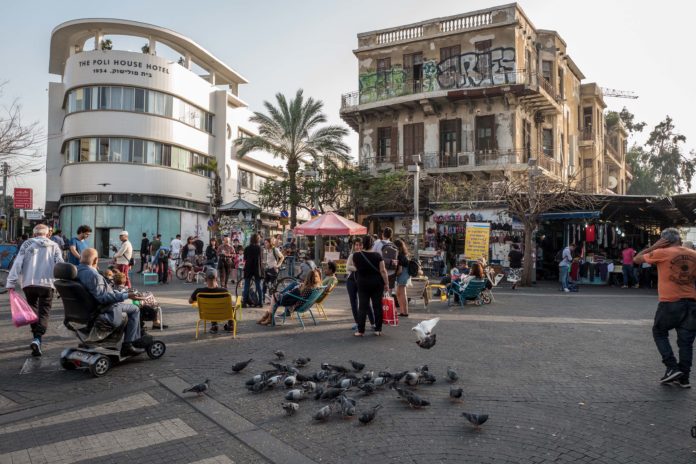 Open-minded party city, Mecca for startups, “White City” and oasis in the midst of Israel’s, Palestine’s, and the Middle East’s national and social as well as religious and violent conflicts: The metropolis Tel Aviv can be talked about.

The first “Hebrew city” of modernity was founded as a suburb of Jaffa, the old Arab port city. However, after the war of 1948, Jaffa’s few unwrecked structures turned into a backyard of the booming city – and a picturesque backdrop for tourists. To this day, Tel Aviv-Jaffa attempts at reinventing itself time and again.

Together with Tel Aviv-born photographer Peter Loewy the exhibition “All about Tel Aviv-Jaffa” takes a look behind the scenes of this successful city branding. It delves into the myths, abysses, and complex realities of this city that was built and shaped by legal and illegal immigrants and refugees. A city that tries to forget its own history—and to repress anything that is not “white”.

Tel Aviv as the worldwide largest ensemble of Bauhaus architecture can be seen in the exhibition by the architects Ada and Reinhard Rinderer. Vorarlberg’s cinemas are setting a thematic focus too: Films referring to the topic like the documentation “Jaffa —The Orange’s Clockwork” about the famous Jaffa-orange are shown. The film “Last stop” from Julie Shle illuminates the dark sides of Tel Aviv’s bus terminal. Music and dance evenings with Israeli artists complete the program.