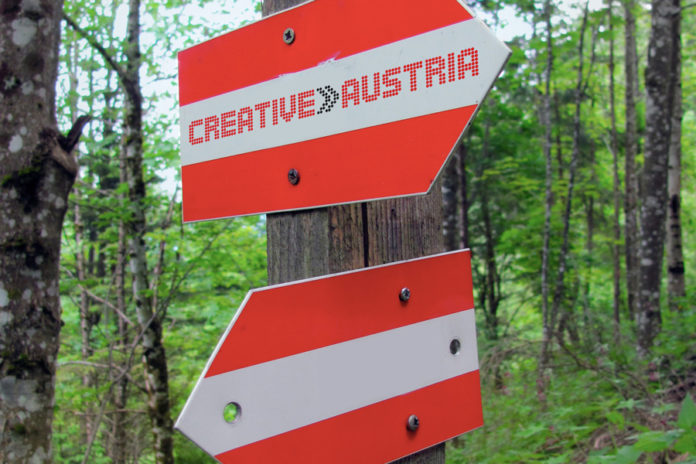 The ideas on the net sprout. The cultural and creative people have necessarily moved their work to the net. Many cultural institutions and cultural media also have true online treasures in their video, image or podcast archives. Now is the time to deal with them.

At CREATIVE AUSTRIA, we have created a new channel on our homepage for this purpose: “CREATIVE ONLINE – Austria’s online guide to art and culture on the net” offers a broad overview of Austrian film, literature, music and art and culture offerings that can be viewed and accessed from home. And new ones are constantly being added. Podcasts, lecture series, archives of various kinds can be found there as well as the online channels of the Austrian Community TV and radio stations with their largely unknown online treasures and, of course, the online cultural offerings of the ORF.

That was the good news.

However, the inevitable new enthusiasm for culture on the net should not blind us to the fact that many of these artistic and creative achievements were created and conceived by people who are currently being pushed to the brink of economic survival by the Corona crisis. Despite the various aid packages provided by public authorities, for many their economic security is still largely unresolved. For many artists still largely fail through these networks.

Some of them can be helped further through “solidary cultural consumption” by consciously opting for certain forms of online distribution of cultural offerings and artistic and creative services.

The CREATIVE AUSTRIA editorial team expressly calls for this.

In our new channel CREATIVE ONLINE we present numerous such forms of distribution and will continue to expand them in the coming period.

Those who want the local art house cinema to have some income to survive after the Corona crisis can stream their films via the respective cinema operator site of the VOD Club. In this way, 1/3 of the streaming revenues remain – similar to a real cinema visit – with the local cinema.

If you want to help your local bookseller survive around the corner, you can buy directly from their online shops. Overview lists structured according to regions can be found in our CREATIVE ONLINE – Literature Channel in which we have also compiled numerous online literature offers.

Theatres, like the Theater im Bahnhof in Graz, are currently experimenting with ticket sales for live online events, such as the online talk show “Zu Gast” with Pia Hierzegger.

These selective approaches can help a little in some segments. But they cannot solve the real problems.

But there is at least one positive aspect to this crisis: solidarity is once again being widely lived. At least for the moment. We will still need it even if we can return to a normal life step by step. When we need to rebuild cultural life and the cultural industry.

Our new CREATIVE-ONLINE Channel sees itself as a bridging and orientation aid until then. Because: Culture remains our means of survival both in the crisis and afterwards.

09. – 13.03.2022. Submission of animated films for the international competition for Tricky Women/Tricky Realities is now open until...

The legendary Jazz Club will broadcast a series of its concerts planned for April live on the Internet. Among others, the Max...
This message is only visible to admins.
Problem displaying Facebook posts. Backup cache in use.
Click to show error
Error: Error validating access token: The user has not authorized application 1123168491105924. Type: OAuthException